Texas Holdem Poker is one of the most popular poker types played worldwide, especially in casual and professional scenes. I’ve played poker for a couple of years, and it’s one of those communities that introduced me to many career and personal opportunities.

Although I consider myself an insider, knowing who’s who and what’s what, poker was intimidating when I started. Such close-knit communities can be pretty scary, especially if you don’t know what they’re referring to. In this post, I’ll add poker terms to your vocabulary, briefly explaining how each word or phrase is used.

These are the terms you need to familiarize Texas Holdem poker:

You will hear these terms as soon as you open the poker room door. A floor manager will ask you if you want to be seated in a cash game or if you want to join a tournament. Most of these terms are familiar to people who frequent casinos or other gambling places.

These table terms will make you understand the game and its nuances better: 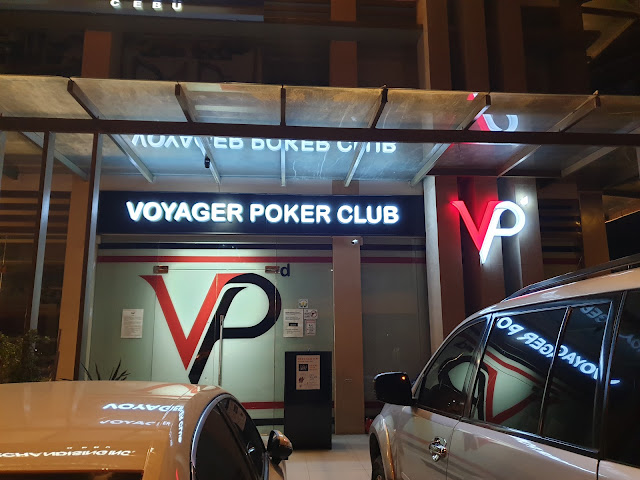 Like many establishments like casinos or bars, the house means the venue. Poker rooms or clubs often have house rules, so it’s critical to know them beforehand. 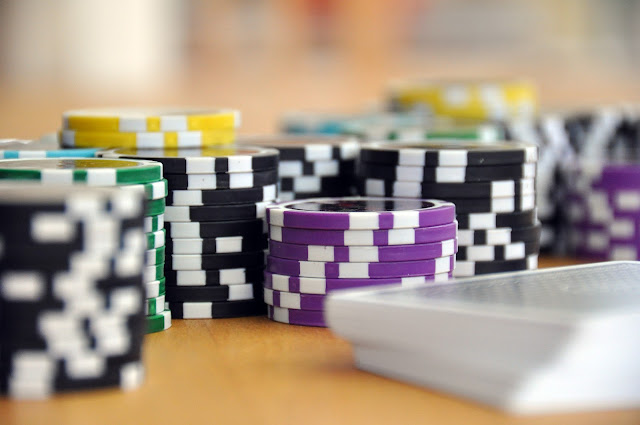 Photo by Pixabay
The pot is the number of chips or total money in play. You can use the pot to declare how much you will raise or bet.

A player’s total number of chips is called the stack or chips stack.

Pot-limit is a game wherein bets or raises are limited according to the pot value.

No-limit (NL) is a game wherein the pot value does not limit bets or raises.

Table refers to the poker table where people sit and play, and “table games” mean casual or cash games. 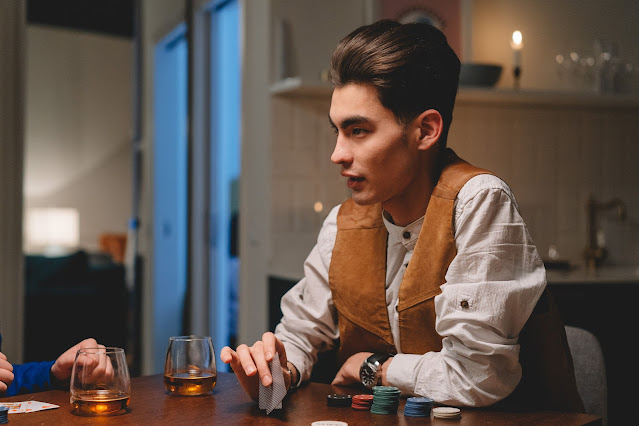 The cash game is also known as a casual table game. Unlike tournaments, cash games abide by poker and house rules, and you can leave anytime.

The tournament is also a professional or competitive event or cup, often run at a specific period with a fixed prize pool. Unlike cash games, strict competition rules depend on the organization. You need to register before entering one.

Registration is expressing interest in participating in a tournament or event. Most poker tournaments have registration fees.

A player can register for an entry. A single-entry tournament only allows a player to enter once, while some events allow re-entry or to enter again after elimination.

The add-ons are additional tournament chips, usually double the entry amount, on top of the player’s stack.

The dealer is the one who shuffles the deck and distributes them to the players. The dealer is in charge of explaining rules, collecting chips, dictating the action, etc. 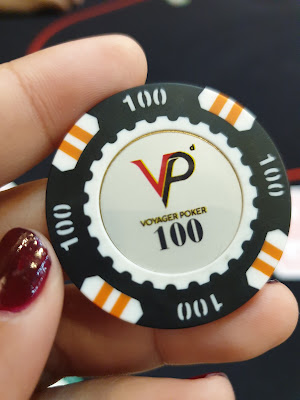 The chips are small colorful plastic discs for playing on the table; these often represent monetary value. 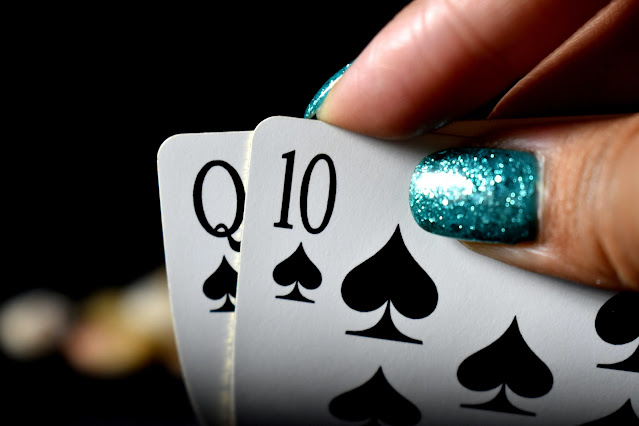 The two cards dealt to you at the beginning of the round. In Texas Holdem, the player must play both cards, although one doesn’t necessarily have to win with them both.

The rake is a percentage of the pot that goes to the house, and it’s often around 5 to 10% with a set maximum amount.

The blinds are the default bet values for the round. If you ask for the blinds, they will often give you two figures, and the first one is half the value of the second.

The ante is a mandatory value that all players bet per hand outside of the blinds.

“To act” means to play your move, and the action often depends on your position. If someone says, you’re “first to act,” you should move first before your opponent does.

It doesn’t have any actual in-game application. A poker face is to maintain an emotionless look while playing, so your opponents won’t know what you’re thinking.

A bluff is an act of misrepresenting your hand to win. You may try to make a strong hand appear weak, or a weak one appear strong.

Poker is all about bluffing and tricking your opponents, so sometimes a player may declare that he has a pair or the winning hand. The cards speak rule means the value of the upright cards will determine.

22. Showdown or Show of Hands

The showdown is after the river action, and multiple players are still left. Showdowns may also happen when one or more players are all-in and no critical betting phases are left.

Binding means that it’s final or the declared action. Most poker rooms have the “verbal is binding” rule, which means even if the player says one thing and does another, the verbal or spoken instruction supersedes the action.

The draw means to tie or the condition that two or more players win the pot. Unlike other poker variations wherein the suits have their corresponding value from spades (highest) to diamonds (lowest), Texas Holdem poker suits don’t have much significance outside of creating Flush or Straight Flush combinations defined below.

25. Board or Community Cards 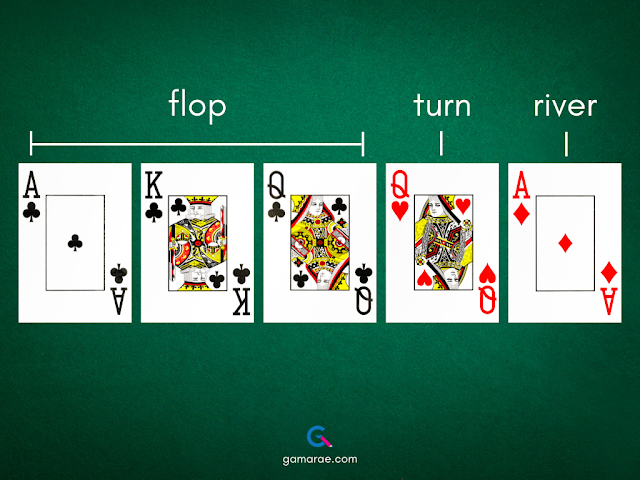 The board is the collective term for the upright cards dealt in the center of the table. It is also referred to as community cards since every person at the table can use those cards to make their hand stronger.

To “play the board” means that every player on showdown does not have a hand combination higher than the community cards. Therefore, all of them are in a draw.

The bubble is a term for the eliminated players just before the positions that get prizes. For example, the cash prizes start at 10th place. The “on the bubble” players didn’t make the top 10 after being eliminated the previous round. So for this example, they could be the 11th to 13th position players.

During tournaments, the phrase “in the money” or “into the money” means the player will receive a cash prize even if eliminated. 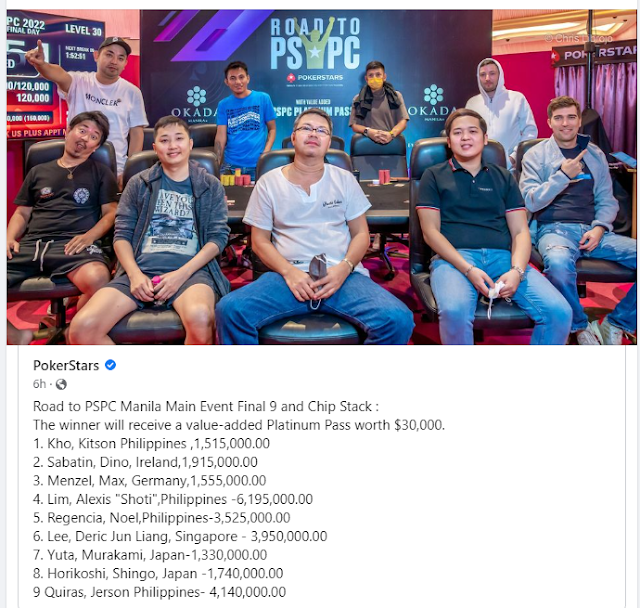 The final table of the PokerStars event in Okada, September 2022

The final table is a poker tournament term referring to the last nine players of the event playing in the only remaining table.

The outs are the cards you need so that your hand will win.

A bad beat is when your hand has high winning odds or if it has been leading but loses in the showdown. 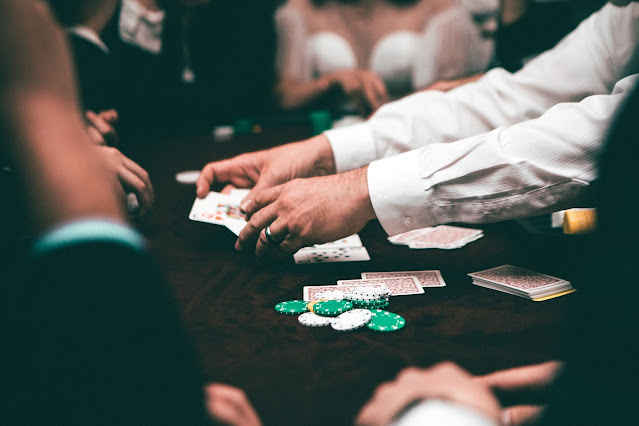 You’ll likely encounter these terms once seated at a poker table. While you won’t use them for every game, you should familiarize yourself with them so that you’ll know what people mean. In the next post, I’ll explain some complicated terms, like player positions, in better detail.

Here are the terms you’ll encounter during the actual games:

A betting round is the collective actions of all players, and the four betting rounds are the Pre-flop, Flop, Turn, and River. The betting round action order is based on the players’ seating arrangements, which the Positions part of this post will discuss.

As the name suggests, pre-flop means “before flop” – the betting round before the flop or before any cards get distributed.

The flop is the first three cards dealt face up in the center of the table that triggers another betting round.

The turn is one card dealt face-up after the flop that triggers another betting round.

The river is the last card dealt face-up after the turn, which triggers the final betting round.

A check is an option not to add any chips; this option is only possible when you’ve already put enough chips on the table pre-flop. Or if no one bet or raised before your turn. You can check by tapping the table twice.

A bet is an option to set an amount for the existing betting round, and you can only bet when there are no previous bets for that round.

A raise is an option to set a higher amount than the preceding. A player has the chance to re-raise or raise a bet amount.

The call is an option to match the raised amount and continue playing.

The fold is an option to discard your cards and cancel the opportunity to participate in the succeeding betting rounds or win the pot.

Other players can “call for time” when a player takes too long to act, often outside the usual 10 seconds. The dealer prompts the player to make an action within a specific timeframe, usually a minute, depending on house rules.

The act of “going all-in” puts all the player’s chips into play.

A blind bet is when the player puts chips on the table before the betting round starts, and this is only allowed during cash games.

Texas Holdem poker is a great way to test your skills and gain new acquaintances. Fortunately, once you’ve mastered most of the terms, you’re halfway to understanding what the players, dealers, and floor managers are discussing. Eventually, saying them will be second nature with enough experience.